How to Develop Emotional Intelligence Part 1

Research shows that a high level of self-awareness is fast becoming the number one skill required in the workplace by managers, leaders and high performers. Regardless of your industry, title or job description, if you are not selfaware, it is unlikely you will reach and sustain high levels of performance as a manager, realise your true potential or be able to help others in your team to do the same.

Self-awareness is commonly believed to be the cornerstone of emotional intelligence. So anyone charged with the responsibility of increasing performance levels and managingothers must learn what it takes to become emotionally intelligent. And your starting point is self-awareness.

What does it mean to be ‘emotionally intelligent’? In Working with Emotional Intelligence, Daniel Goleman describes emotional intelligence as ‘the capacity for recognising our own feelings and those of others, for motivating ourselves, and for managing emotions well in ourselves and in our relationships’. The idea has played a significant role in The Four Mindsets changing how people manage in today’s workplaces and businesses. What complicates things is that this shift in management thinking is ongoing and many managers are still caught in the middle of the transition.

Traditionally a manager’s role was seen as being ‘task based’ and was measured primarily by the quality of their decision making, strategy application and task execution. Today these skills account for less than half of the job! The top performing managers in today’s workplace focus more than 50 per cent of their time on people-based activities, where caring, collaboration and gaining buy-in are the goals.

In simple terms, it’s about the way in which you manage and conduct yourself and how you manage your interactions with others each day. Those who score high in emotional intelligence competencies seem to have one thing in common: they continually seek to understand why they behave, react and respond in the ways they do. And using this knowledge, they try to better understand the behaviour of others.

With this self-awareness mindset comes the ability to be able to predict the likely response in others and consequently prepare for it. In most cases, it is this ability that distinguishes those who are highly emotionally intelligent from those who are not.

Common sense would tell us that this ability to anticipate and prepare for potentially tricky or negative events would be a key skill of a successful manager. Research shows that managers who are not skilled in this area will typically become frustrated, regretting their knee-jerk reactions and then having to deal with the fallout rather than focusing on ‘value adding’ activities.

So how do managers do this in the heat of the moment?

Four out of five managers said they first spend time understanding their own pressure points — their hot and cold buttons — so that when they are pushed, they are   psychologically prepared to respond in a way that focuses on finding a solution.

Most of the time, we already know how most people are going to respond to a conversation or a situation. What these high performers show is that you need only ‘choose’ to activate the appropriate mindset — which requires self-awareness and a certain amount of discipline — and then act on it.

For example, think about a recent negative encounter with a family member or team member. Now, looking back on the situation, you will see that of course they were going to say the things they did or react in the way they did. This is because past behaviour is still the best predictor of future behaviour. This is one of the most important things you can learn in understanding the mindsets of other people and what makes them tick!

An emotionally intelligent manager is constantly looking for the cues that people give through their actions, responses, body language and tone of voice. This information helps a manager to manage their people more effectively, both as a team and as individuals.

For some managers this is second nature; for others, it is a choice they must actively make. Many managers who are caught up in the busyness of their days do not pick up on this vital information and therefore miss out on the opportunity to use it later on, particularly in situations relating to performance and feedback (what Ken Blanchard calls ‘the breakfast of champions’).

So how do we learn to interpret the clues and signals people give us? This brings us back to self-awareness, and your first step is to develop your own self-awareness. To be self-aware is to have a clear perception of your personality, motivations, responses, behaviours, emotions, habits and thoughts.

The connection between thoughts, feelings and behaviours has long been recognised, but to reflect, observe and consider The Four Mindsets this continually is key to developing your emotional intelligence. By considering each of these components, you will begin to build up a picture of what makes you tick — and what brings out the best (and worst) in you.

Self- or emotional-awareness, suggests Daniel Goleman in Working with Emotional Intelligence, is the ability to recognise ‘one’s emotions and their effects’. People with this competency, he says:

You will see that much of this is about thoughts, feelings and performance. To understand these competencies in more detail, let’s consider the simple example of how hunger can affect mood. The behaviour of people who feel hungry can affect those around them. They may speak more bluntly than usual or be more short tempered; at worst, they may become truly angry in a situation that doesn’t warrant such a response.

Another example is tiredness. People who are overtired can be more emotionally sensitive. By being aware of this and knowing the possible consequences, you can choose a course of action to avoid a potential negative result.

A key area to explore in relation to self-awareness is the impact of perception on mindsets. Most people will have heard the saying ‘perception is reality’. Whatever action you take in a given area, if others do not perceive it, then it may as well not have happened.

For example, you can tick all the right boxes in a management performance review, but if your people perceive you to be a poor manager and your performance as lacking, then your ‘truth’ is of little relevance.

Educator I Speaker I Writer I Harvard Moderator Anna-Lucia is a highly acclaimed educator and consultant in the fields of Leadership, Business and Emotional Intelligence. Educated in the United Kingdom, Middle East and Australia, over the last 20 years she has consulted, trained and spoken to many of the worlds leading corporations. Today she is a Moderator at Harvard Business School (Pub), a popular conference speaker and trainer – and the best selling author of “The Four Mindsets – How to Influence, Motivate and Lead a High Performance Team. In 2012 she was recognised for her work as a finalist for The Telstra Business Woman of the year Awards and serves as a Non Executive Director and Board Chair.

Library, Your Career, Your Life, Your Mind 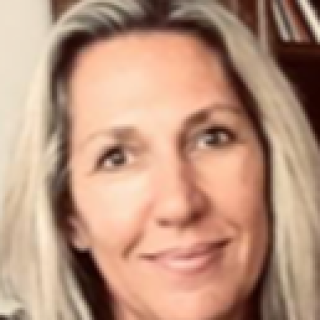 Educator I Speaker I Writer I Harvard Moderator Anna-Lucia is a highly acclaimed educator and consultant in the fields of Leadership, Business and Emotional Intelligence. Educated in the United Kingdom, Middle East and Australia, over the last 20 years she has consulted, trained and spoken to many of the worlds leading corporations. Today she is a Moderator at Harvard Business School (Pub), a popular conference speaker and trainer – and the best selling author of “The Four Mindsets – How to Influence, Motivate and Lead a High Performance Team. In 2012 she was recognised for her work as a finalist for The Telstra Business Woman of the year Awards and serves as a Non Executive Director and Board Chair.

The information contained in this website is for general information purposes only. The information is provided by HCM Global and while we endeavour to keep the information up to date and correct, we make no representations or warranties of any kind, express or implied, about the completeness, accuracy, reliability, suitability or availability with respect to the website or the information, products, services, or related graphics contained on the website for any purpose. Any reliance you place on such information is therefore strictly at your own risk. In no event will we be liable for any loss or damage including without limitation, indirect or consequential loss or damage, or any loss or damage whatsoever arising from loss of data or profits arising out of, or in connection with, the use of this website. Through this website you are able to link to other websites which are not under the control of HCM Global We have no control over the nature, content and availability of those sites. The inclusion of any links does not necessarily imply a recommendation or endorse the views expressed within them.